The Need for Rest - dispatches from Bolivia

After a week in Bolivia, I needed some rest. Several months ago, I was asked to produce a series of mini documentaries about a non-profit, Charity Vision, healing blindness around the world. They help patients, whether they can pay or not. Our first trip was last week. I’m almost recovered.

With a producing partner and two cinematographers, we boarded flights. Two back-to-back redeyes took us to Lima, Peru and then on to La Paz, Bolivia. A lost passport on our team led to another (third) late night for me. The altitude wasn’t helping either. La Paz sits at 11,500 feet and I felt it in my lungs, head, and gut. I wanted to fall over and throw up at the same time. I slept when I could and tried to eat healthy. After two days, my body acclimated, and I felt myself again. 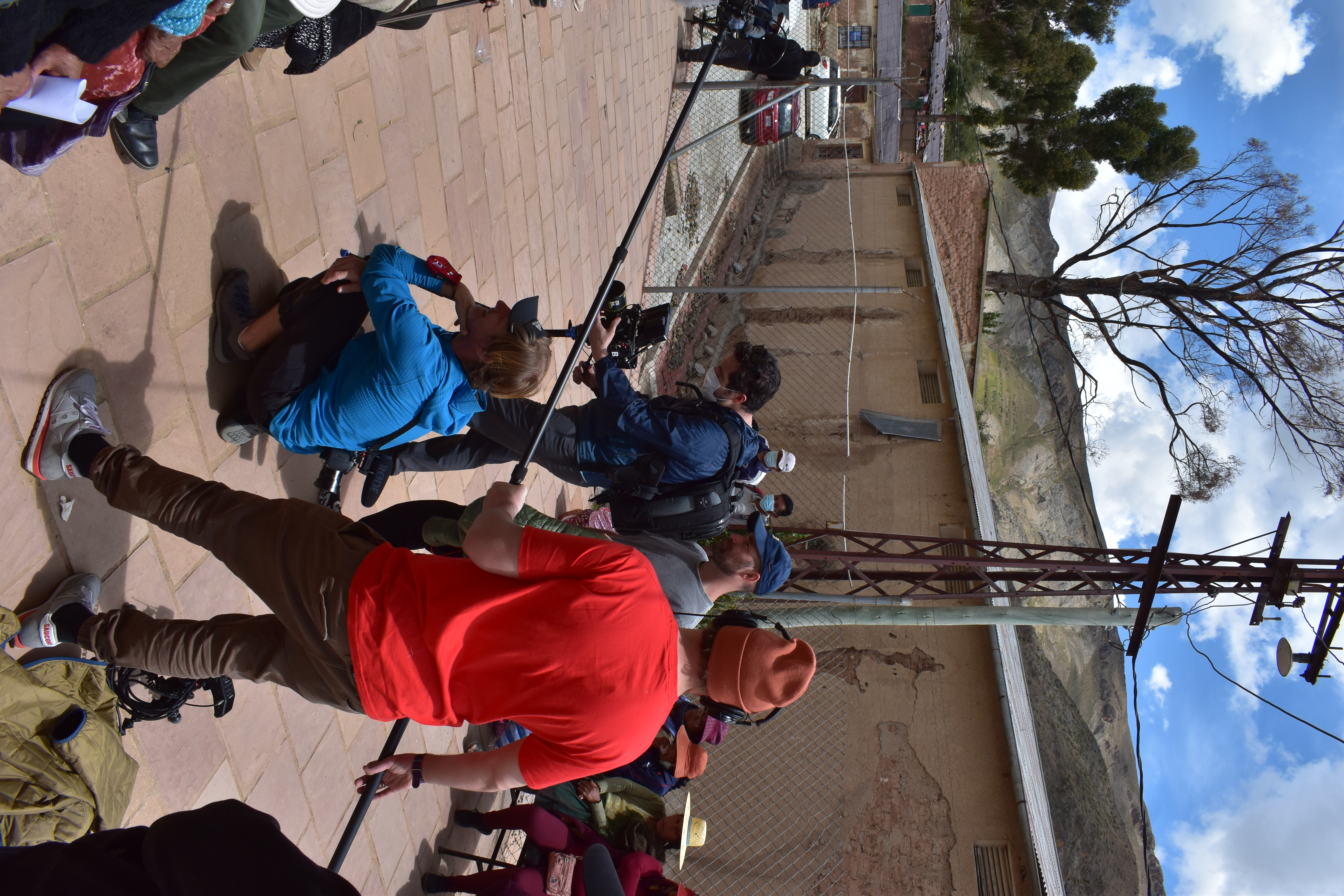 Our goal was to track down and interview patients who had undergone surgeries several years prior. In a country like Bolivia, among the population who can’t afford medical care, maintaining an address and keeping in touch can be challenging. We located two of the three families with relative ease and successfully interviewed them. The third was an old woman who would now be 88 years old. No one, not even the local Bolivian doctors, had been able to reach her. We didn’t know her condition, or whether she was alive or not. 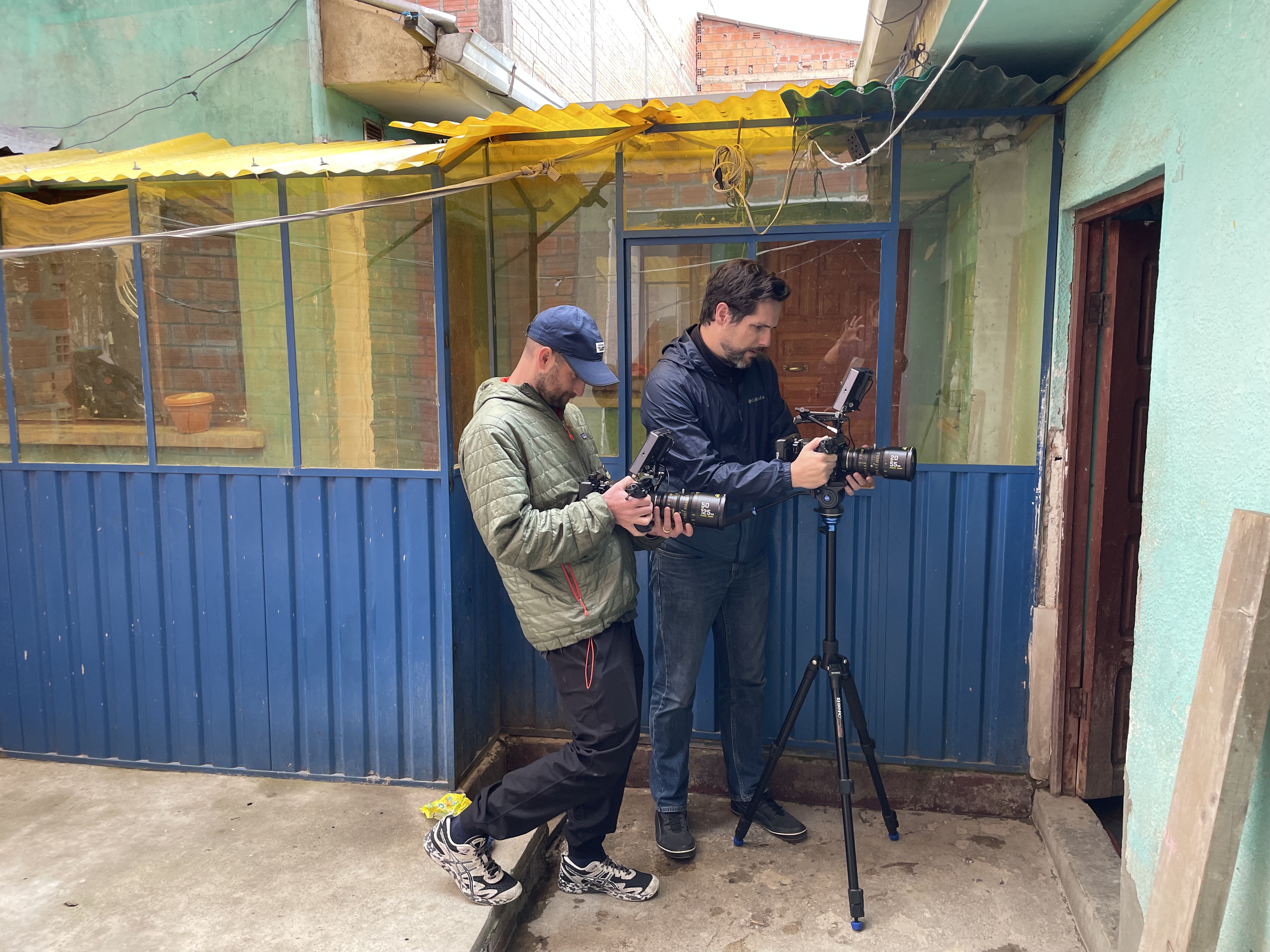 Nate, one of the cameramen we hired for the project, interviewed her seven years prior, immediately after her initial operation. With him along, we left La Paz and headed northeast into the yunga (jungle) territory of Bolivia. We drove for four hours down a dirt road that wound its way along the edge of steep slopes that dropped off over sheer edges to the snaking riverbed below. We reached Chulumani, the town where she lived.

Nate had only been there once, seven years prior. He had food poisoning at the time, so was a bit delirious. He’d traveled by bus at night, spent 12 hours filming and then returned back to La Paz to catch his return flight. His memories were scant and bleary. The rest of our group could only rely on his knowledge. 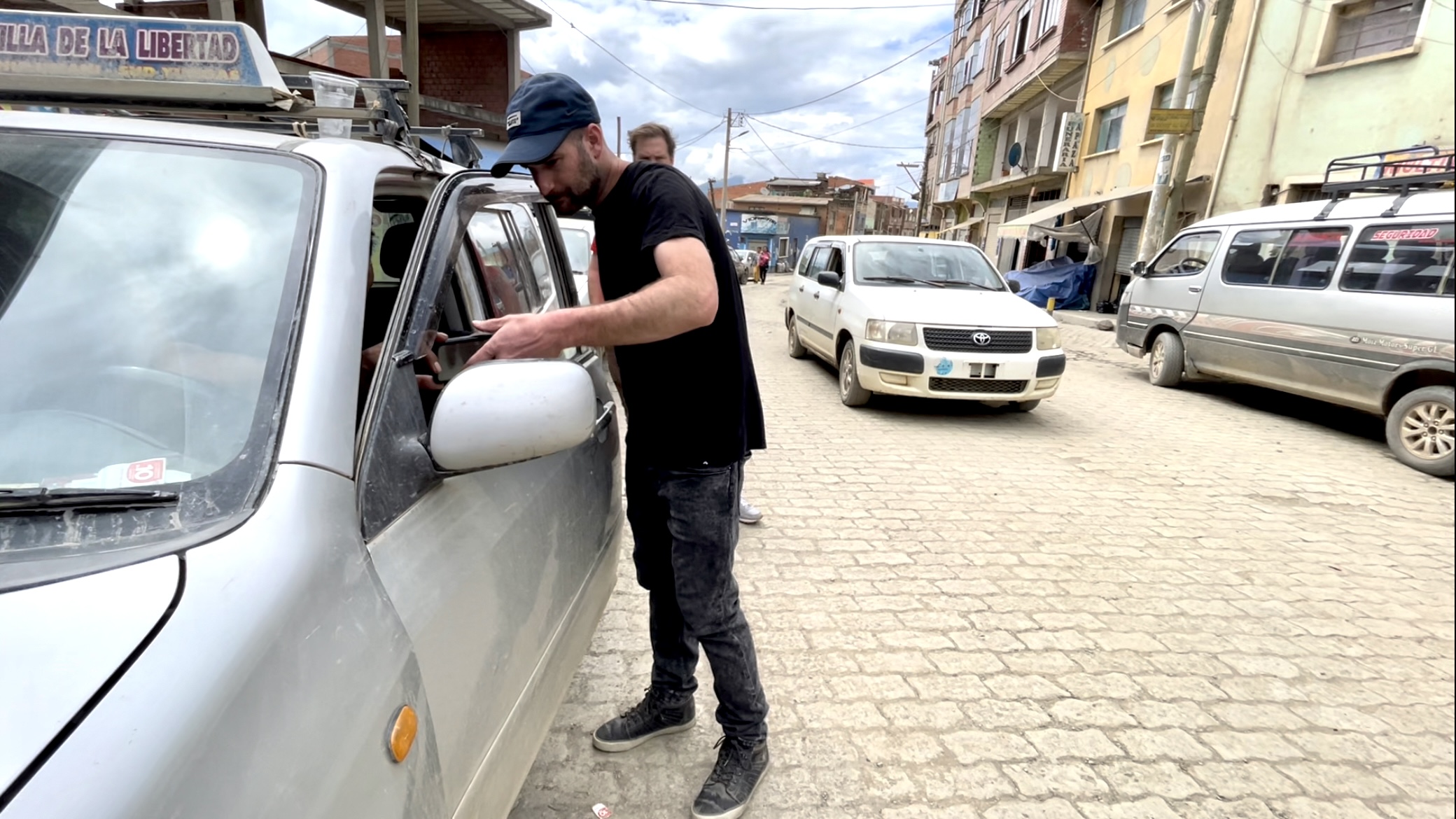 Arriving in Chulumani, we started talking to taxi drivers and people in the street, asking them if they knew anyone in the pictures we were showing them. Did they recognize any of the scenery or buildings over their shoulders? It felt like a Goonies treasure hunt. At one point, we pulled up to a toll-road booth and flashed a picture at the teenage boy collecting tolls.

“Hey amigo, do you know this person?” [except we spoke in Spanish]

He shook his head, no. I didn’t blame him.

We were deep in coca leaf territory.

Four gringos pull up in car in a remote farming village, flash a picture, and ask you if you know someone. I’m sure we looked like DEA. Whether you recognize anyone or not, you say no. We were on a wild goose hunt.

We continued to wind down dirt roads that got skinnier and skinnier, muddier and muddier. I won’t spoil the upcoming films by telling you how that bit turned out (other than it was wild an unexpected), but I will tell you some other bits that won’t end up in the films. 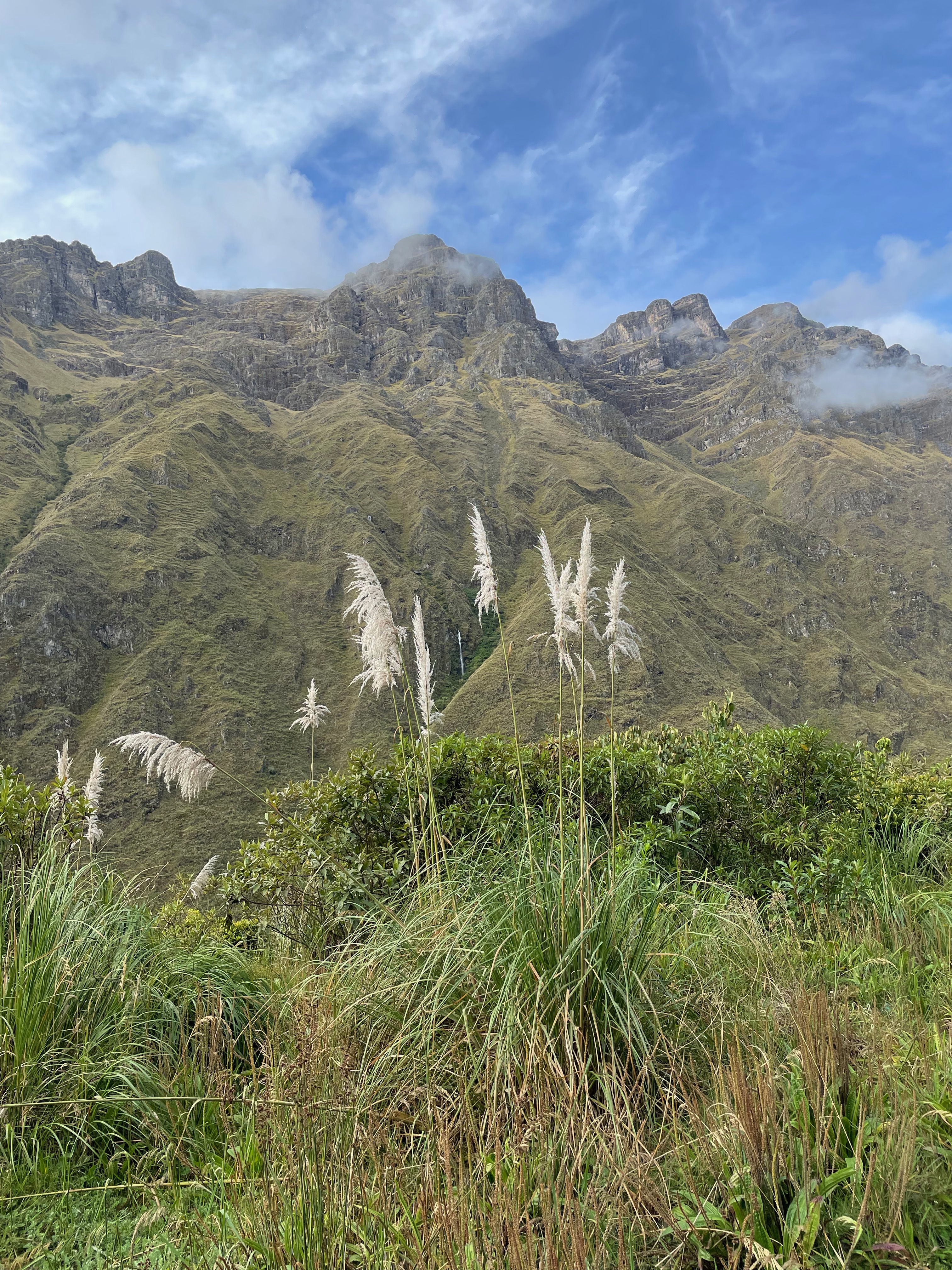 Stunning views on the road to Chulumani.

We were scheduled to be in Uncia the next day. Uncia is a small mining town six hours south of La Paz. Charity Vision was conducting a compaña there, a gathering where anyone with eyesight issues could arrive to be examined and see if there was anything Charity Vision could do to help. We were scheduled to drive there the next morning. However, the head of the National Ophthalmology Institute, who we were working with, called the evening prior.

“You should leave La Paz tonight.”

“There’s going to be a demonstration tomorrow. All the roads will be blocked. If you don’t leave the city tonight, you won’t make it to Uncia.”

Within thirty minutes, we’d packed our bags, loaded the camera gear and headed south through the night. We arrived in Uncia at midnight. We woke up the next morning and were able to film everything we needed to film. 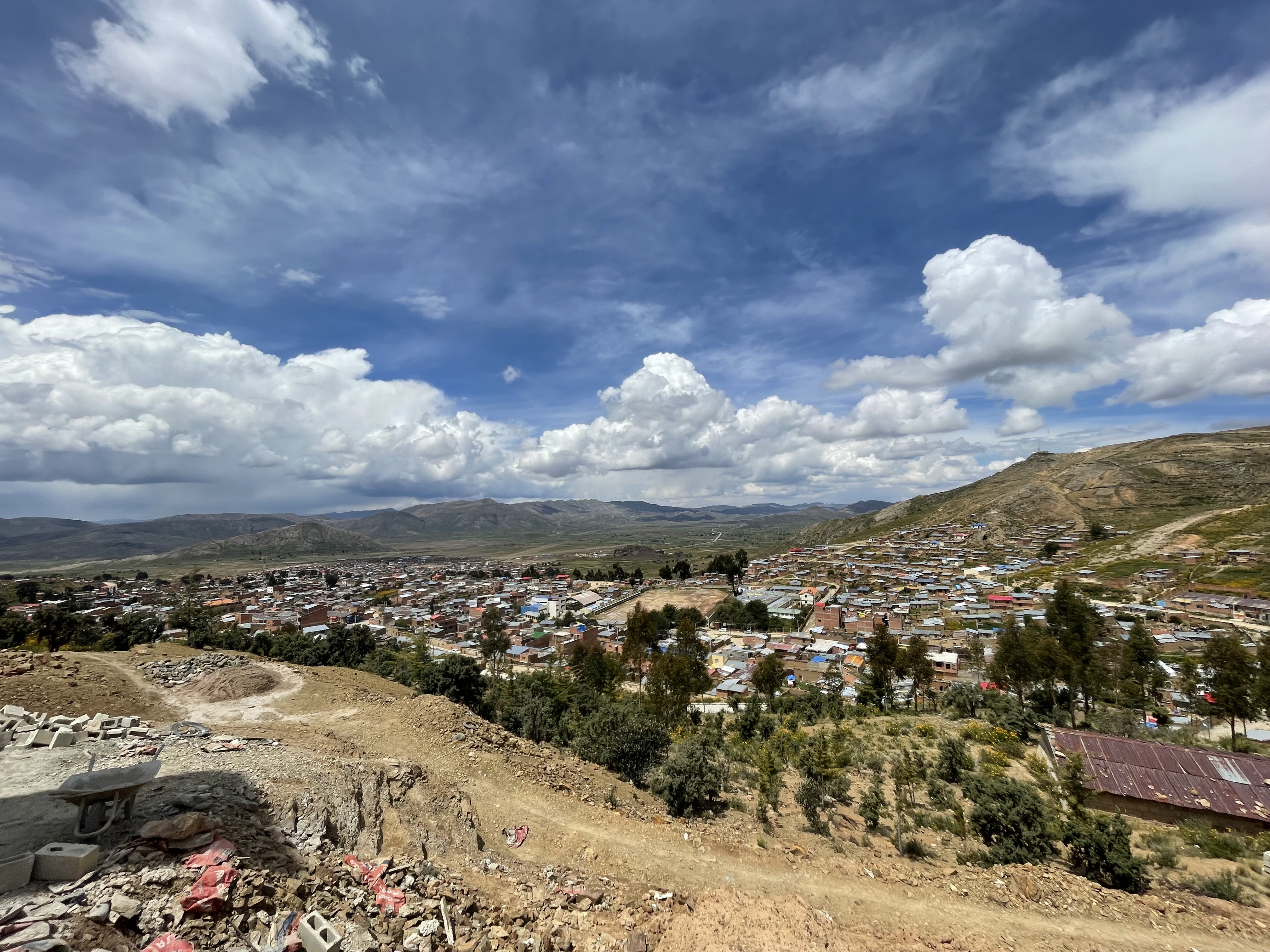 The mining town of Uncía.

On our way home, we confirmed the doctor was right. As we tried to head back toward La Paz road blocks were still in place; stones, scraps of metal and people standing across the roads stopping all traffic. It was a peaceful protest, but it still would have snarled our plans. Eventually the roads were cleared and we made it back to La Paz and slept a few hours before heading out to our next filming location.

The trip was seven days total. Over those seven days, we were in five different cities. We slept an average of 4-5 hours per night. Some days we drove up to 12 hours to reach and return from our shooting locations. 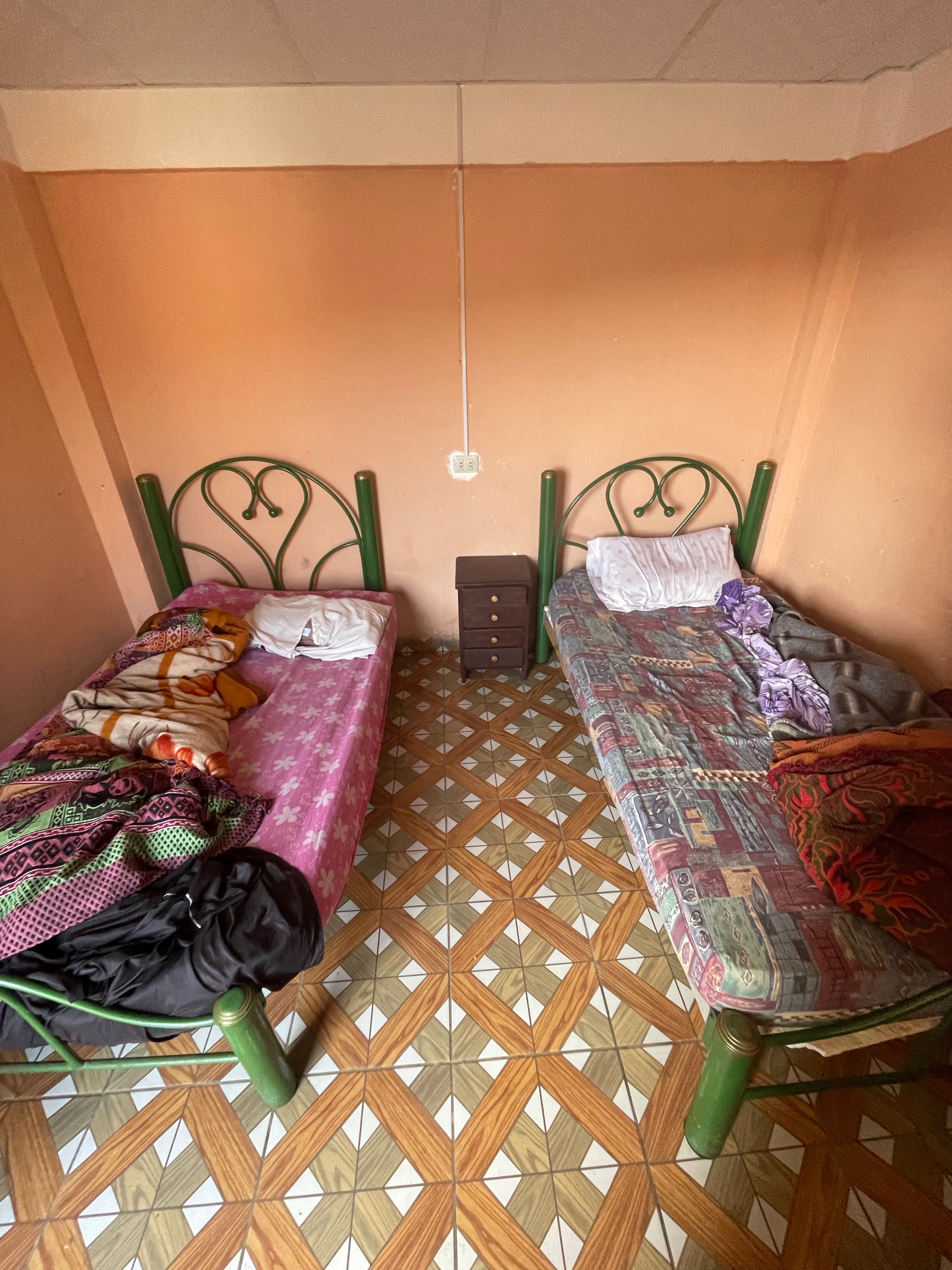 I’m relieved to be back home. I worked with an amazing crew, and we met beautiful, tenacious people doing incredible work and overcoming unbelievable odds to cure blindness in the furthest reaches of the world.

Back at home, I’m extra grateful for a long hot shower, a familiar bed, the comforts of first world. I’m still processing the life and struggles of blind individuals in inner city La Paz, outer jungle regions and those who were stable but have fallen into despair and poverty because of their condition. I am humble and grateful.

I hope I can do justice to their stories.

Back at home, I feel the need to rest, reflect and even celebrate.

When Emily and I teach our Navigator Framework, we share a seven-step process that helps people go from drifting to navigating. The final step is “Drop Anchor.” After choosing an island, charting a course and a few other steps, you arrive at your chosen island. It is important to rest and reflect. Venturing out is taxing. It taps your mental, financial and emotional resources. It is important to pause and restore energy and resources.

I’m grateful for the anchor of home.

I hope you have a place to arrive, rest and restore. Those rest stops, those anchorages, gives you the energy you need to venture out again and continue exploring. To your continued journey [clink glasses]. 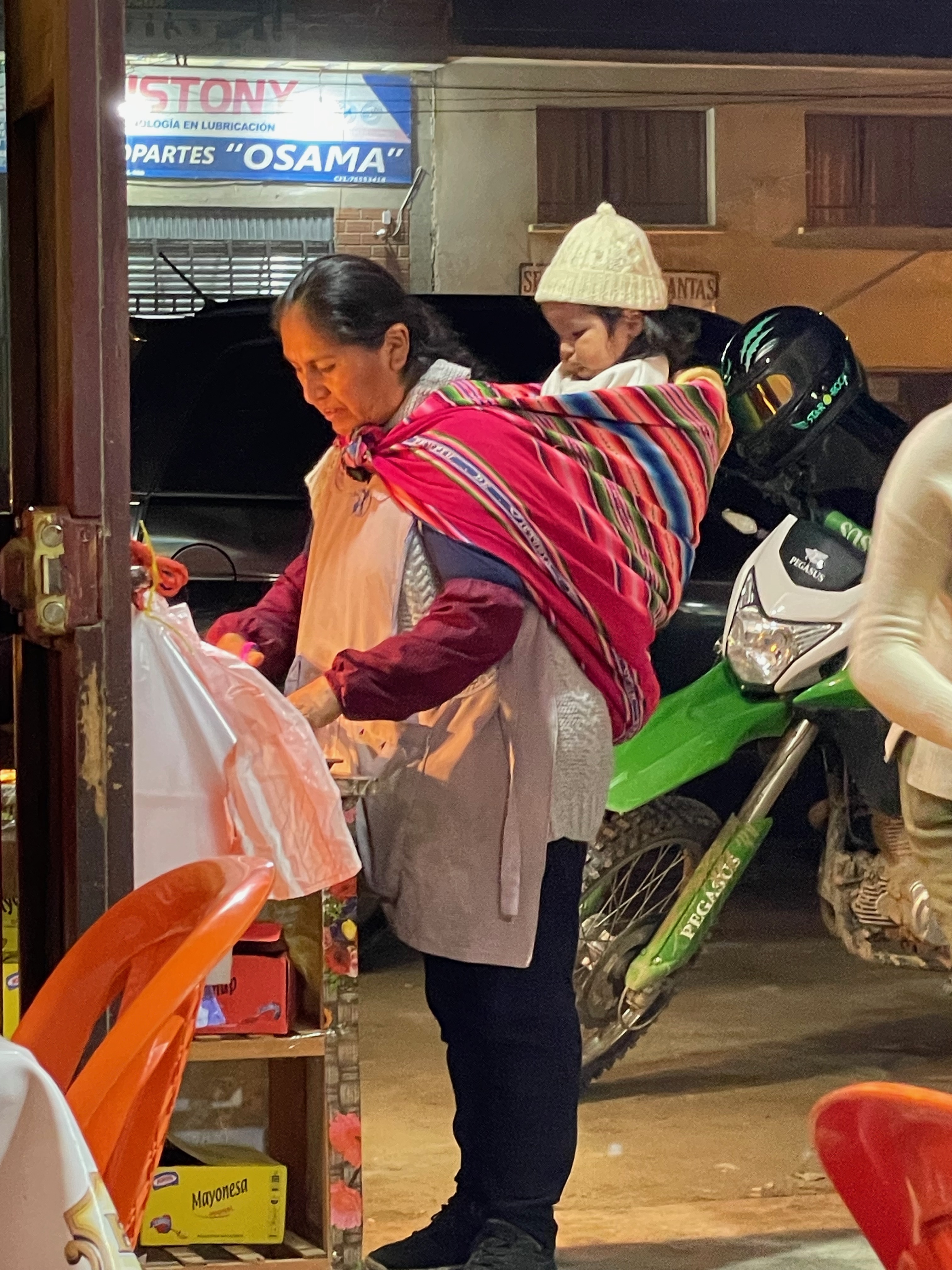 We grabbed a chicken dinner at a roadside stop. This woman prepared the delicious meal. 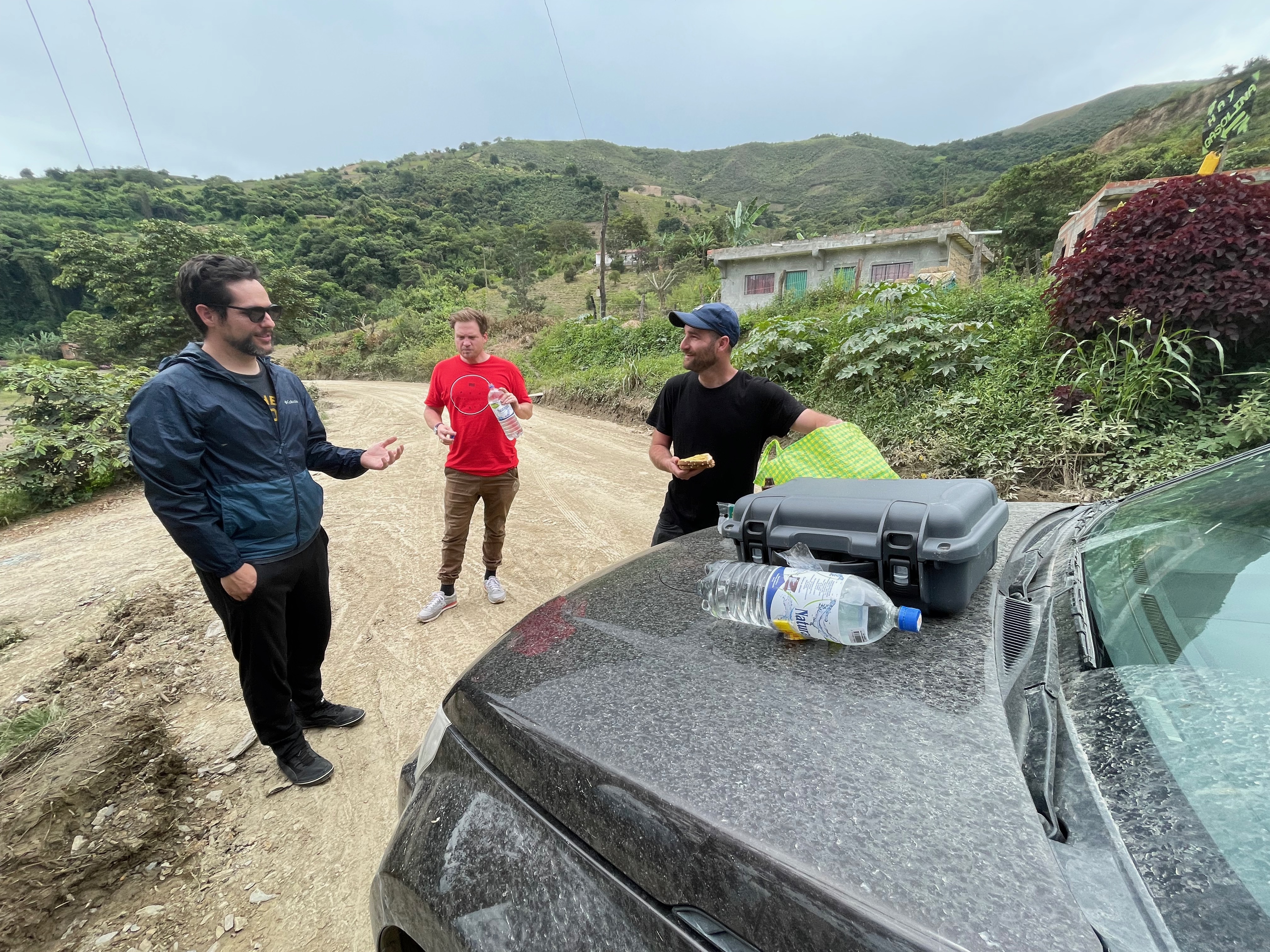 Fixing sandwiches on the hood of the car on the side of the road. 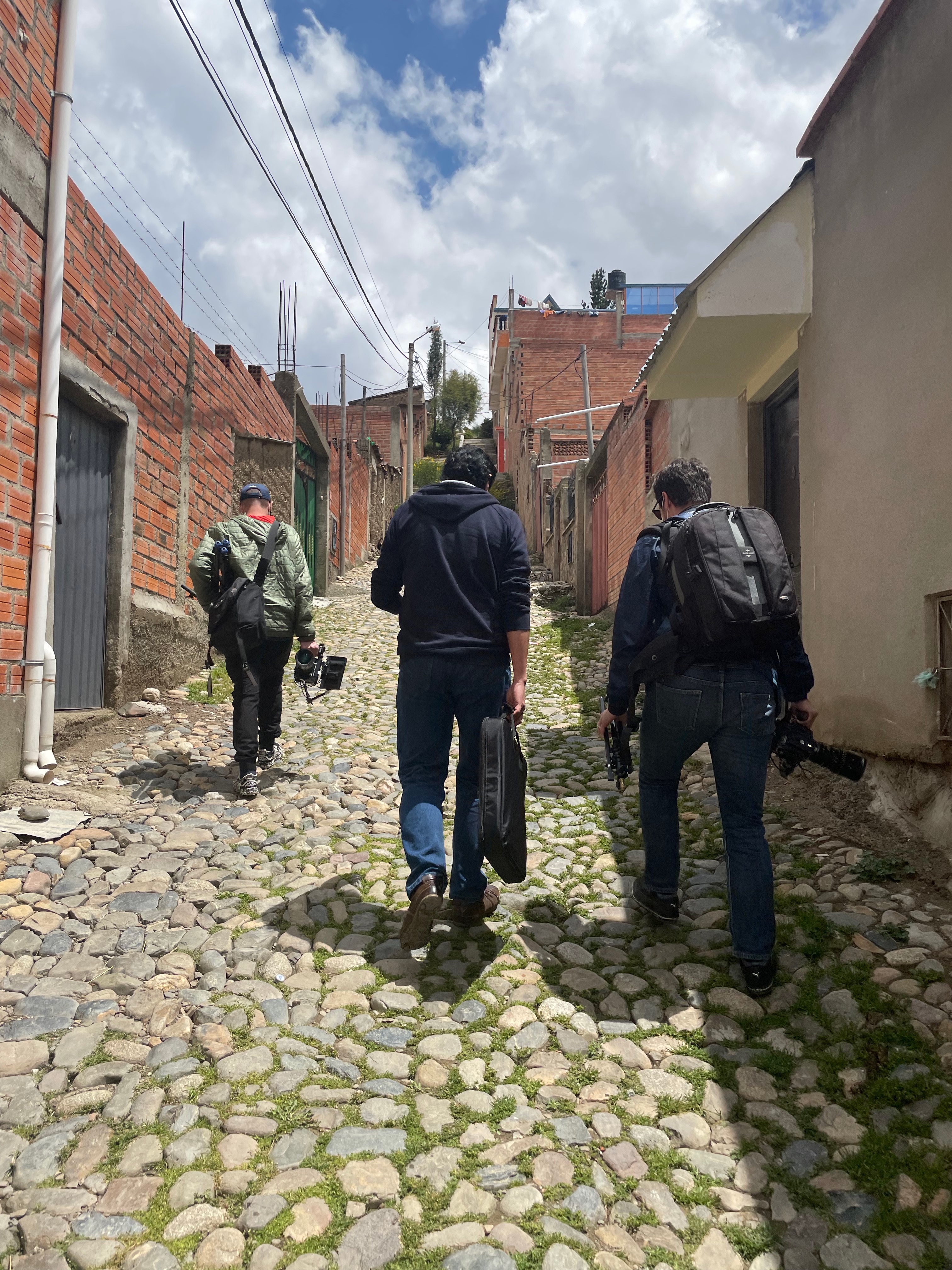 Heading up the steep hills of La Paz to an interview. 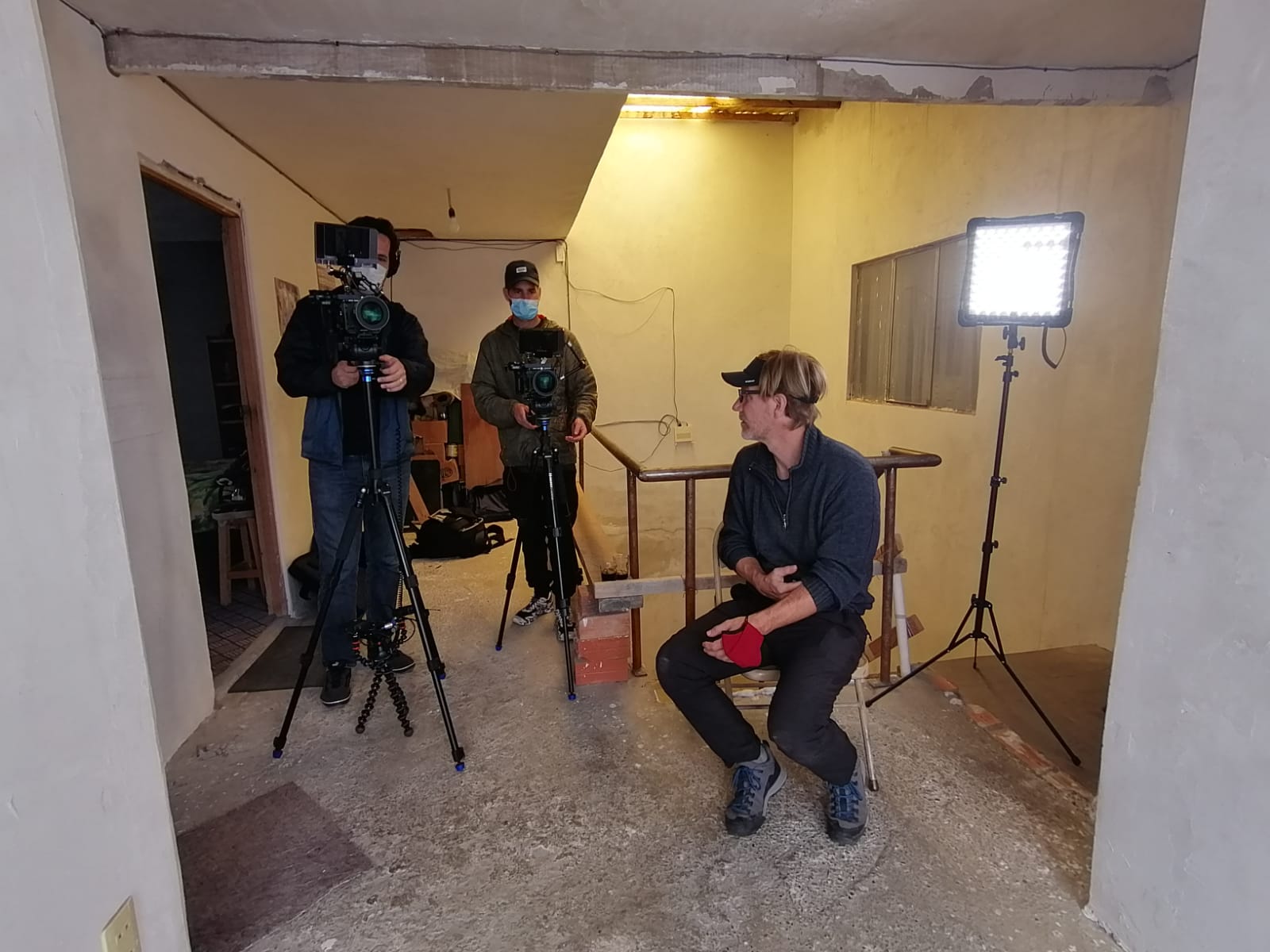 Bonus Links: These were two of the people we were trying to find. 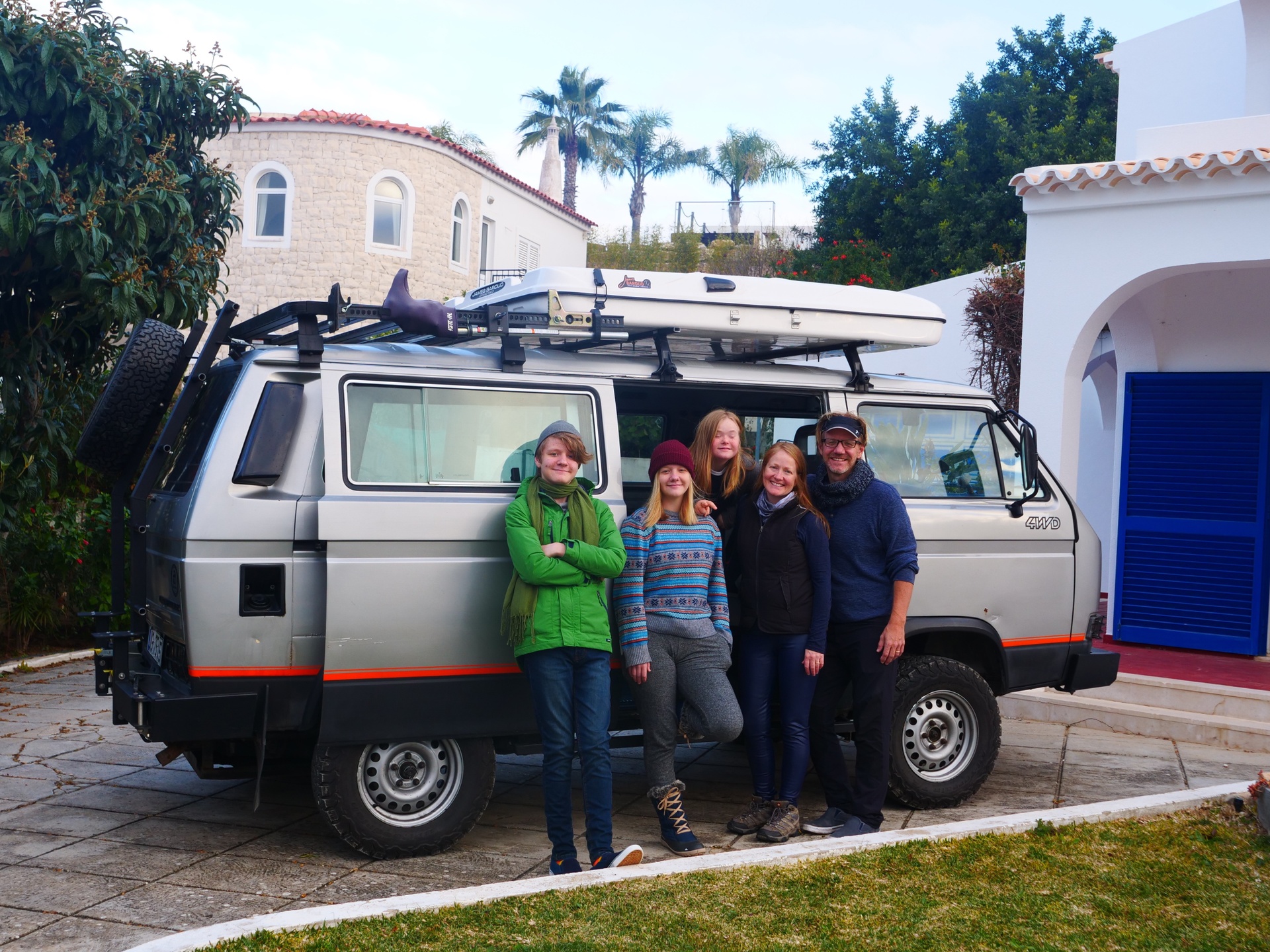 Get 3 tools we've personally used to travel big as a family without breaking the bank.